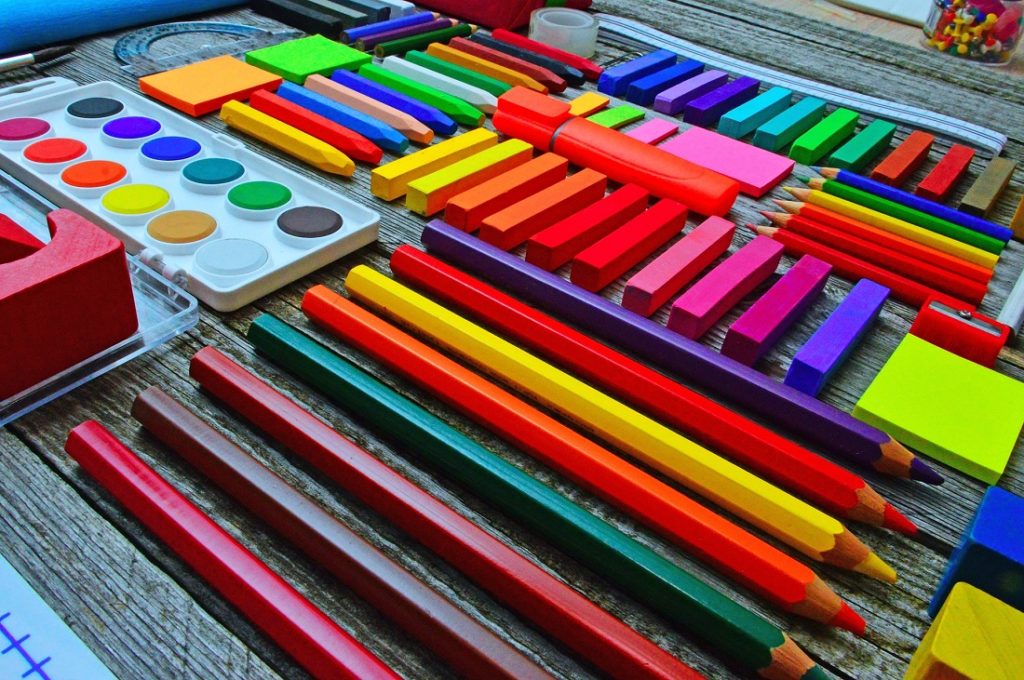 Léa Solange is 4 years old. She has a 2-year-old brother and parents who don’t ask what she wants to be when she grows up, but what she will be. That small detail makes her see her desire as a future reality. Whether it happens or not, it is wonderful to hear her say “I will be an astronaut, a scientist”, or her now famous phrase “when I win Wimbledon, I’ll buy you a Ferrari”.

It is also funny when she corrects adults who see her dancing:

The problem is that, as she grows, her questions and other people’s questions make me realize that the world around her continues to be unprepared. As a mother, I’m not so much afraid of that, but of the possibility of her being pulled along that road and not believing she can be whatever she wants to be. Luckily, maybe due to the natural spontaneity of children or to her own personality, for the moment, she speaks her mind. Here is a small list of her reactions when facing microsexism in her daily life.

Lesson #1: Playing in the park

Léa Solange usually wins many spontaneous races in the street, in the park, against kids her age or even a couple of years older. The first time I witnessed this situation, my mind went back a few years, most exactly to 2014, when Always (better known in Spain as Evax&Ausonia) launched her viral campaign #likeagirl, with the resulting debate about that expression and how its “pejorative” use was bad for teenage girls’ self-esteem. It has currently made more sense and now Léa Solange is exactly that: “a girl running like a girl”.

Lesson #2: Going for a walk with her brother

Mr. Rodrigo: Hermes, you’ve grown so much! You’re so big!
Léa: What about me?
Sr. Rodrigo: You are very pretty!!
Léa: But I’m big too! I am bigger and stronger than Hermes.

Just like in the previous case, there was no bad faith in the comments. On the contrary, the intention was laudatory, but to Léa, being strong and fast is actual the compliment.

She doesn’t understand that her brother is complimented for being “the strong one” when she is stronger than him. In this case, Mr Rodrigo is over 70 years old, but be careful with thinking “people that age lived in different times” or “they were raised differently” because Leti (from Lesson #1) is a mom in her 30s.

The conversation continued, but my replies could not satisfy her. Actually, I understood what she meant perfectly well, but it was surprising for me to hear her define clothes by gender, when we don’t do that at home.

I remembered those blue “boys’” pajamas I bought a couple of years ago that read “Smart & Brave”. Would you like to know what the pink version of those pajamas read? “Pretty & Cute”. I felt rather frustrated at the moment, and that’s why we then created a mantra she repeats each morning before leaving the house:

Aunt Mel: Ten, I have the remote controlled cars that your cousin no longer plays with. Stop by and take them for Hermes whenever you want.
I instantly felt Léa Solange staring intensely, so before she started shooting, I replied softly:
Me: Why not for Léa?
Léa Solange turned and continued playing, like approving of my reply, as I noticed my aunt’s perplex expression:
Aunt Mel:  Sure! One for each, then…

In 2017, BBC carried out a social experiment in which most volunteers were gender-biased when choosing toys for babies to play, depending on whether they thought the baby was a boy or a girl. The experiment brought to light the influence we have on children’s future behaviors.

We want to help change the minds of new generations when they are teens with programs, initiatives, scholarships, but very often we’ve been preconditioning them from way earlier.

According to a study carried out by the UCM, starting at 4 years old:

“Results have shown that responses are highly biased, indicating that they have already ‘learned’ the traditional gender roles, especially those related to masculinity”.

This conclusion, explained by Irene Solbes, researcher at the Department of Education Research and Psychology at the UCM, speaks for itself. [1].

We continue perpetuating and consuming sexist, nondiverse, unrepresentative paradigms…Paradigms that are created by a system that’s internalized little by little, even if we try to fight against this at home. We should be more aware of it. Sometimes it’s enough to listen to children and correct ourselves instead of laughing things off and think “this kid sure is something!”

I invite you all to analyze the way you speak to the children around you. You’d be surprised at your own biases and how much we could un-learn with them.